I have a couple extra tents that are kind of part of my tent, its one of these: 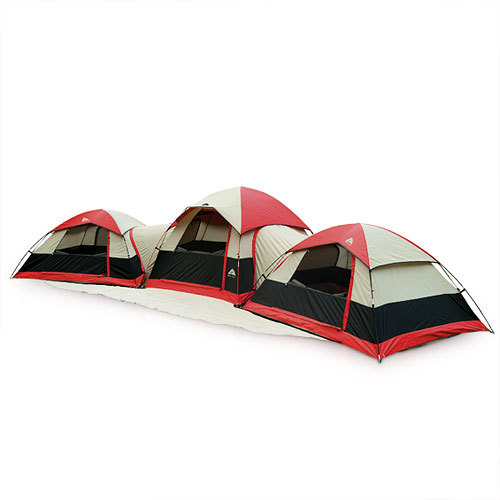 The little tunnel things just zip off and there are doors that zip up where they are so they can all be used separately. So if anyone needs a tent they can borrow one of these, I just ask that they kind of stay in the same area if possible.

I could certainly use (part of) one of these if other people haven’t already asked for em. Was looking around for people in Vancouver to lend me one, but most people don’t have one, slightly bleh situation.

CK and I would probably be interested in utilizing one.

It would be nice to have our own space to crash in.

You two are the only ones who have asked, so you can each borrow one if you want. They are just like normal little dome tents so they don’t have a ton of room but work fine for sleeping in.

As I said before they don’t all have to be connected, however I would like to try and keep them in close to the same area if possible so I don’t have stuff all over everywhere :P.