Hello all, Maly from Dragon Heights here. It’s time for us to start getting a list of movies to show for our evening entertainment.

That being said, here’s a list of what we have so far. I’d like to do two movies a night, with time for DJ/VJ setup and some dance and/or live art.

Can you think of any other good movies you’d like to see?

Thanks for bringing a screen and sharing with everyone. You guys rock. 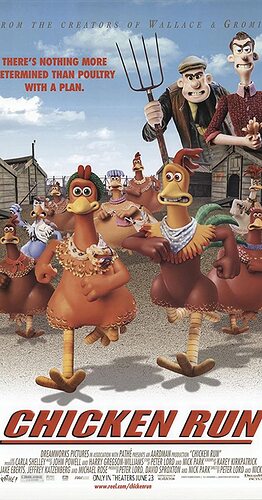 Directed by Peter Lord, Nick Park. With Mel Gibson, Julia Sawalha, Phil Daniels, Lynn Ferguson. When a cockerel apparently flies into a chicken farm, the chickens see him as an opportunity to escape their evil owners. 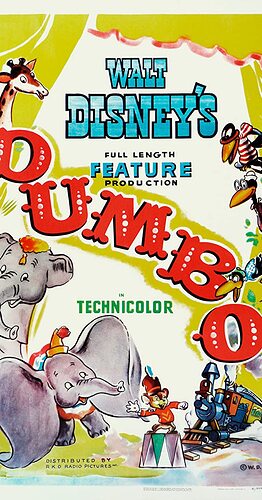 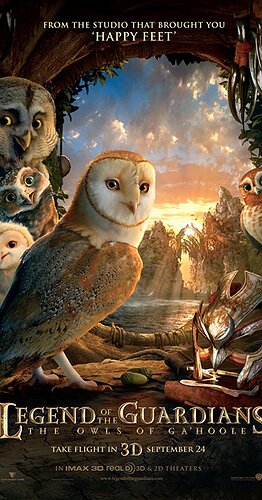 Directed by Zack Snyder. With Jim Sturgess, Hugo Weaving, David Wenham, Emily Barclay. When a young owl is abducted by an evil Owl army, he must escape with new-found friends and seek the legendary Guardians to stop the menace.

Oce I love that Owl movie, it’s so PRETTY 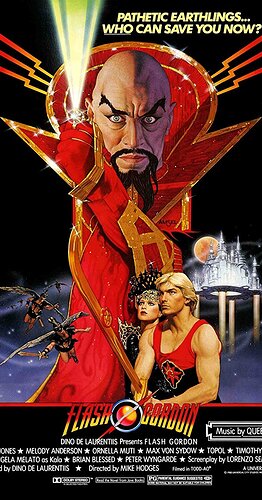 Directed by Mike Hodges. With Sam J. Jones, Melody Anderson, Max von Sydow, Topol. A football player and his friends travel to the planet Mongo and find themselves fighting the tyranny of Ming the Merciless to save Earth.

It’s fun, goofy and entertaining, and has furries! (Ok, well more aivains, as in hawkmen) and Queen did the soundtrack.
Hey, one reviewer said when comparing it to the Popeye movie, it was almost an art film. Almost.
But it’s silly and fun, a takeoff of the old serial of the late 30’s and in the same vein. Not as truly unwatchable as “star crash” or “Battlefield earth”.

Man, so as a blast from the past, I remember this cartoon “Farm Foolery” from way back in the day.

Mostly I remember the “Shine on Harvest Moon” song. It’s a bit . . . antiquated, but definitely farmy.

The Fox and the Hound maybe?

No idea if it’s been played before at this event, but…Animalympics! It was released as a DVD earlier this year, and is much improved over its previous VHS incarnation, and it holds up very, very well. It’s also one of the most species-inclusive furry movies ever, though there’s a sprinkle of 80s racial stereotyping.

The bits with Dean Otter are especially fun. Beautiful 80’s animation from a bunch of people who would take the genre in big directions soon. 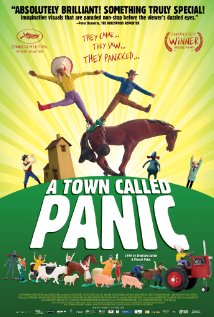 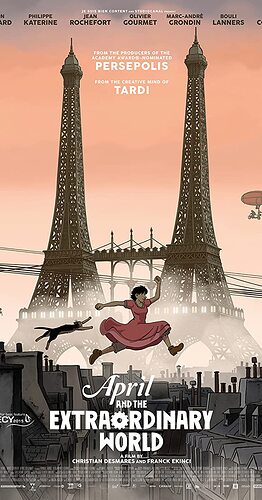 April and the Extraordinary World (2015) - IMDb

Directed by Christian Desmares, Franck Ekinci. With Marion Cotillard, Marc-André Grondin, Philippe Katerine, Jean Rochefort. It's 1941 but France is trapped in the nineteenth century, governed by steam and Napoleon V, where scientists vanish...

all of the above have talking animals:

The first one is just a WTF experience and super fun to watch even for 5mn.
The 2nd one of my cousins worked on it. It was a big production, more serious.
The last one is dystopian/steampunk.

This topic was automatically closed 240 days after the last reply. New replies are no longer allowed.